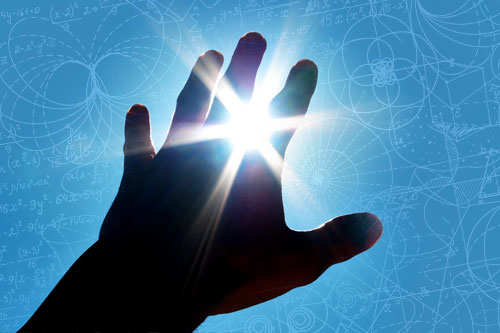 Society has many colloquialisms. You know, those neat go-to sayings/articulations you use when the situation requires. Similar to Social Media, these “lines of higher reasoning” are not often fact-checked. This leads to a profound misunderstanding of the English language (those heathens), and a plethora of  misappropriated words being clumsily showboated with all the grace of a two legged gazelle. Let’s give an example, shall we? Behold the ever popular, “That is just your theory.” Now If what he/she meant to say was, “That is just a your statement that is, as of yet, unproven,” then the correct wording would have been, “That is just your hypothesis.” There is a major (ginormous in the lingo of my 9 year old daughter) difference between hypothesis and theory. Everybody is capable of making a hypothesis. On the other hand, a theory is the very highest prize and is achieved only by the most accomplished! Sorry, the two are not interchangeable.

Let’s discuss the above hypothesis/theory distinction by analyzing two forms of “light” (information) well known to the Kabbalists: 1) Ohr Makif (“Surrounding Light”), and 2) Ohr Pinimi (“Inner Light”). So what is the actual difference between Makif and Pinimi, between information that “surrounds” and information that “fills” (shines inside).

To keep it simple:
Makif (Surrounding) = Hypothesis.
Pinimi (Inside) = Theory

A theory IS the ultimate practicality! Most adults, even very intelligent adults, make that mistake, e.g. “That’s is just a/your theory.” What they mean to say is, “That is just a/your hypothesis.” A theory is the very highest achievement in science (the culmination of having successfully passed all steps in the scientific process: observation, hypothesis, scientific testing, and, scientific law). So a theory is, by definition, the most “pinimi,” the most internal and practical, as it can be used to explain a myriad of phenomena, e.g. the THEORY of gravity. The “Makif” of science is hence, observation/hypothesis (when the “happening” under observation is still mysterious - “surrounding” - and not well understood).

Spiritually speaking, we are each responsible to change our “Makif” ideas into “Pinimi” practices. That is to say, we must labor to convert mere spiritual philosophy, i.e. ”Makif” hypothesis, into healthy and consistent spiritual practices (the “Pinimi” of Theory). For only when surrounding lights become inner lights (Makifim become Pinimi), can we reach the truth, the theory if you would, that allows for real and sustained improvement.

Endeavor to make your every spiritual hypotheses a theory, your every holy idea a well internalized practice,  and you will have accomplished something very great indeed.